Journey to a vEDS Diagnosis

A history of heart problems. Multiple aneurysms. Organs that are prone to rupture. And more.

Back to Voices of vEDS

There can be many signs of vascular Ehlers-Danlos Syndrome (vEDS). Like other rare diseases, vEDS can be misdiagnosed or remain undiagnosed for years. Many patients report different paths to diagnosis. Hear from three patients about the signs or events that ultimately pointed to their vEDS diagnosis. 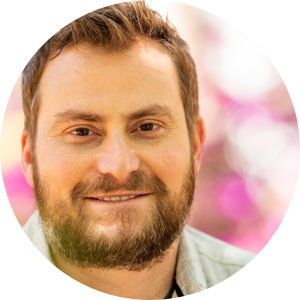 In 2007 my uncle was having a problem with his aorta. When the doctors went to repair it, they noticed that the tissue was very fragile. So they did all these tests, isolated the mutation on the exact gene, and found out he had vascular Ehlers-Danlos Syndrome. Then my mom was tested. She was positive. And then my brother and I were tested and we were both positive as well.

I was 27 at the time. I was athletic, I was outdoorsy. I hadn’t had any symptoms and neither did my brother or my mother. You live your life thinking that you’re normal, and then you get diagnosed and it’s a total shock. I was thinking, ‘What do I have to change now? Do I have to plan things differently?’ I probably went through all the stages of grief. It was a rough time in my life. But I got through it and just learned to accept it. 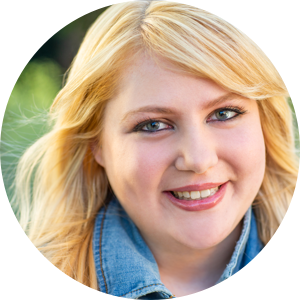 I still remember the day really clearly. I was four years old, and I was running to my dad, because I was really proud of some drawing that I did that day in preschool. He scooped me up and grabbed me in a bear hug. I just remember this white blinding pain before passing out. When I woke up, it was three weeks later. My colon had ruptured, and I wasn’t healing from the surgery.

I hadn't shown any signs of vEDS before that, but because my mother had the condition, the doctors decided to test me. And that's when I was diagnosed with vEDS.

He told me, "You have what mommy has." As far as I knew, my mom was just always bruised. I didn't know much more than that. She would fall a lot and she was bruised. I think I said, "So I'll fall a lot, Daddy?" And he's like, "Yes. That and more." 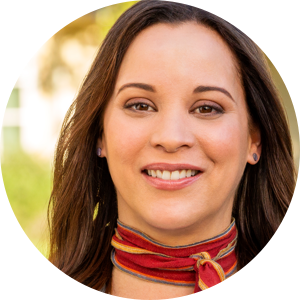 I had two aneurysms when I was 27. That's when my life changed. I realized that you can't just go on thinking that stuff like this doesn't happen to you. It really catapulted me out of my youth.

The doctors didn’t have an explanation. Throughout the years, the question of Ehlers-Danlos Syndrome did come up with some specialists. But I think they ruled that out because I wasn’t extremely hypermobile, and I didn’t have stretchy skin.

Over the years I had different symptoms come up. Veins would randomly pop up and then rupture, or I'd tear a tendon cleaning the house. All these weird little things that don't usually happen to people.

One day a surgeon that I worked with looked at me and pointed out that the whites of my eyes had a blue tint to them. That evening I was on the Internet trying to put all of my symptoms together, and everything kept coming back to vascular Ehlers-Danlos Syndrome.

So I went to a geneticist. I had read about the symptoms of vEDS in kids, and noticed that my daughter, Zoe, had some of them. The geneticist was skeptical, but agreed to a vEDS test for me because of my multiple aneurysms and easy bruising. My test came back positive. I finally felt validated. And then it hit me, that I might not be around for Zoe. When her test came back positive, I just completely lost my marbles.

Right after I got my diagnosis, I found out I was pregnant with my son Izaak. I tried to stay positive throughout my pregnancy. I was hopeful his vEDS test would be negative, but when he was born I just knew. The kid was blowing veins in the NICU. He was in the hospital for one week, and I was spending every night there.

The pregnancy and the possibility of having another child test positive had taken a toll on me, and at one point I told my husband, ‘I’m gonna lose it.’

But I came to peace with it shortly after. I remember this moment we brought Izaak home. We were sitting there staring at him when I looked over at my husband. He was tearing up. And that’s when I felt like everything was okay. It was like my moment to exhale. And then I was just a mom.

First, see if you've experienced any of these signs or symptoms
Then, ask your doctor about vEDS and the need for a genetic test
Next up

Teaching Others About vEDS

Coping With Your Diagnosis

The Science of vEDS

Coping With Your Diagnosis

Register below if you would like to receive the latest vEDS news, tips, and information from Acer Therapeutics.

Thank you for signing up!

There was an error processing your submission; please try again or contact us at [email protected]

You have already signed up!

Thanks for signing up!